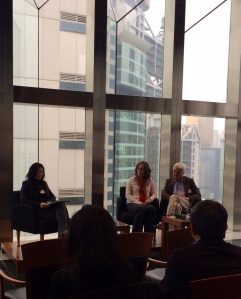 Sophisticated Investors like to think their portfolio risk has been carefully mitigated and hedged. For the average portfolio, however, standard risk calculations don’t necessarily include analysis relative to environmental and social  issues an investee company potentially faces, or even resource consumption analysis, yet all can have a significant impact on returns. This is particularly true of a long-term “buy and hold” investment strategy.

By contrast, impact investors believe not only that these factors weigh on a company’s returns, but also a positive screen for companies actively managing these risks can improve a portfolio’s performance.

Speaking in Hong Kong about their own 13-year journey toward an “Impact Portfolio” were Lisa and Charly Kleissner, founders of the KL Felicitas Foundation. As part of their mission, the Kleissners have urged audiences globally to think about how we can better deploy capital to help better steward the planet’s resources. On Tuesday, they spoke at a forum organized by the RS Group, hoping to advance the discussion in Hong Kong.

Today, the Kleissner’s foundation and personal portfolios, managed by San Francisco-based Sonen Capital, are more than 93 percent allocated across four different asset classes to “Impact Investments”, which signal the intent to generate both financial return and “purposeful, measurable, positive social or environmental impact”.

According to “Evolution of an Impact Portfolio: From Implementation to Results“, a report published by Sonen in October last year, the Kleissner’s portfolios have achieved index-competitive risk-adjusted returns, illustrating that, “impact investments can compete with and, at times, outperform, traditional asset allocation strategies, while simultaneously pursuing meaningful and measurable social and environmental impact”.

Their journey toward impact has not been easy, according to the Kleissners, Silicon valley denizens who both worked under Steve Jobs at Apple, among other firms. The process began with dim looks from early investment managers who wanted to focus only on returns.

“We wanted to know about the positive upside for communities, for the environment, from our investments,” Lisa said. “We wanted to make money and have positive impact but our early investment advisors had no idea how to achieve this.”

They sought an advisor who cared about impact. “We didn’t want someone who saw this as simply a job,” Charly said. “We want to change the world not just make money and our investment advisor needed to be a partner in this.”

The portfolios the Kleissners ended up with are far from US-centric, with more than 50 percent of investments made globally. Among those are holdings in renewable timber, carbon offsets, water and land use that is respectful of biodiversity. In other words, the Kleissners invest in companies that reflect positive impact. They have opted not to invest in coal-fired power plants or extractive industries.

Three percent of their assets are in early stage direct investments, reflecting their silicon valley, entrepreneurial background. Indeed, the Kleissners efforts to promote the impact sector has included investments of money and their own time in social enterprise incubators. These, and others, the Kleissners like to think of as “catalytic” investments that can lead to change.

Beyond the incubator model to support social enterprise development, the Kleissners  also have invested in helping to build networks of like-minded investors to share due diligence as well as in promoting intermediaries to help develop the impact sector.

“Development of these investor resources is critical,” Charly said, “We want people anywhere to be able to tap into the knowledge”, which is available on the KL Felicitas website.

Measurement, always a difficult discussion, is rigorous across the portfolios, captures trends across the sectors and then includes qualitative analysis, which involves telling the story from the numbers and more.

Charly spoke of impact investment as often an evolution of smarter philanthropy. He also spoke of the importance of collaboration between grantmaking and investment to widen impact, pointing to microfinance as an example of this and to social enterprises that can start life as a nonprofit but move into a more commercial space over time using blended capital.

Speaking in Hong Kong, the Kleissners said, was a learning for them, that having worked with an incubator in India over a number of years, the entrepreneurial context there was more familiar.

In China, where the environmental challenges are substantial and polluting companies numerous, an audience member pointed out that impact might also come from working with conventional companies to change their environmental and social practices, rather than shunning them altogether.

2 responses to Building Impact into Investment