Educating the Excluded in India: Beyond Laws and Blackboards 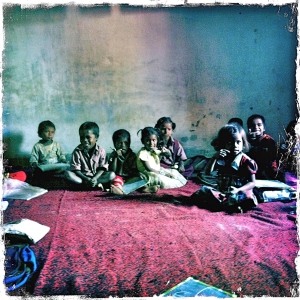 Always the challenge for an organization working with marginalized children in Asia is how to really alter an existing imbalance – for example to provide education or skills to working children otherwise deprived of learning and a childhood in a way that will make a meaningful difference to their futures.

It is not so complicated to establish an educational program or direct children into government schools – when these exist or there are places. There is real desire among those for whom education is not a given, to live the dream and to learn.

But even when education can be made a reality, it is often not enough to just put children in school, or sit them in front of a blackboard and teacher for a few hours a day. There are so many factors that act against the instinct to learn: lack of food or safe drinking water, cold weather when children don’t have enough clothing, hot weather when they must learn outside or in rooms without windows, absence of sanitation and healthcare, little support from parents, and family pressure to work, among them.

In India, where, along with support from a UK-based partner, ADMCF has been working with a local organization to encourage children out of what is often hazardous work and back to school, the challenges for learners are myriad.

The NGO works with marginalized urban populations in the worst conditions imaginable. The problem remains: can it offer education without thinking about nutrition, healthcare, encouraging family support (not financial) and expect permanent results in the children’s lives? Can we expect, particularly in the most challenging communities that access to education alone will lead to a better future? 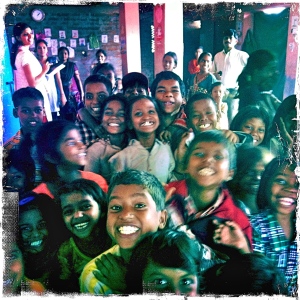 This has been particularly true in the wake of India’s well-intentioned Right to Education Act, which determined in August 2009 much as the name suggests that all Indian children should be in school from 6-14.

This meant that our partner organization, which had established drop-in centres as way stations between work and school, was forced to rethink how it worked with children who had never attended school or had dropped out years previously.

Instead, after a brief transition, all children had to be quickly enrolled in government school, whether they were ready or not. They no longer had the luxury of longer preparation in a safer environment ahead of enrollment.

This was tricky enough in major urban areas, where there were schools and places and children could be supported in after-school programs in the same centres. But in the poorest urban slums in India that are home to significant Dalit or untouchable populations (many migrants from rural areas), there are often no government school options – despite the fact that according to official statistics, 96.6 per cent of children in India ages 6 to 14 are now enrolled. 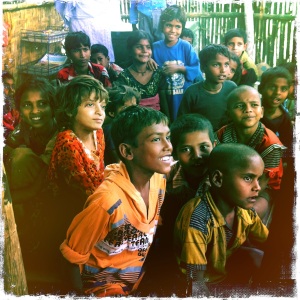 If there are schools, there are no places. If there are places, the classes are massively overcrowded or there is discrimination against Dalits. If there is no discrimination, the teachers don’t show up for class. In any case, for the poorest children, there frequently is little learning to be had in official schools.

Enter our partner NGO, which provides that stepping stone to education but faces the many questions above. They now must mainstream their primary and secondary school children into schools that don’t exist, or where they don’t learn. Their own centres must not be schools. So what is the learning path?

For a child with enough money there is a proliferation of private schools stepping into the lacunae created by failing government education. But how does an education NGO step in to provide support to ALL marginalized children, not just the brightest, how does it make sure that all children it contacts receive the education to which they are entitled under Indian law yet can’t access?

Then, at the same time, how does an organization in a country as vast as India, where marginalized children are easily discarded by law and society, provide the conditions for learning given limited resources and India’s education act?

Clearly, there should be more provisions made to support education for India’s poorest children, particularly in a country that traditionally has placed such value on learning.

3 responses to Educating the Excluded in India: Beyond Laws and Blackboards