Rohingyas Among Asia’s Most Vulnerable

Among Asia’s most discriminated people are the Rohingyas. About 1.33 million of the Muslims of South Asian descent live in Myanmar, where all but 40,000 are stateless. Myanmar’s 1982 Citizenship Law considers Rohingyas illegal Bengali immigrants – despite the fact that many have lived for generations in the western state of Rakhine, which borders Bangladesh.

Fortify Rights, a human rights organization, said recently in a new report, Policies of Persecution , that restrictions placed on Rohingyas by the Burmese government are presented officially as a response to an “illegal immigration” problem and threats to “national security”. Yet Rohingyas as a group live in unimaginable poverty due to deprivation and displacement.

Since 2012, with easing of political restrictions in Burma, there have been several bouts of violence between the Rohingya and the Buddhist ethnic-Rakhine, who claim to feel threatened by the muslim population. Both sides have sustained casualties in the fighting but, according to Fortify rights, several hundred men, women and children have been killed and muslim communities razed.

As a result, tens of thousands of Rohingya now live in crowded camps in Burma, Bangladesh, Malaysia and Thailand, where they haven’t faired much better.  Just to reach their new destination, they risk death at sea in overcrowded and unstable transport arranged by human traffickers who take advantage of their poverty and statelessness, often forcing them into bonded servitude.  Killings and other ill-treatment is also not uncommon, Fortify Rights and others have said.

The most recent example of egregious discrimination against Rohingyas started with the latest census, data collection for which began on March 30th. The census, however – a first since 1983 for the population estimated at 60 million – makes use of a list of 135 recognized nationalities yet excludes Rohingyas. Initially, they were told they could write in their ethnicity but later the government backtracked and said they should self-identify as Bengalis, according to news reports.

This census simply compounds what is already an untenable situation in Burma for the Rohingya population, which suffers Burmese policies that Fortify Rights describes as, “designed to make life so intolerable for Rohingya that they will leave the country.”

Among the restrictions enshrined in state policy that the Rohingya face in Burma are those on movement, Fortify Rights said in its report. They cannot travel within or between townships without authorization and only under exceptional circumstances travel outside the state, according to 12 internal government documents obtained by the rights group. Among other restrictions are those relating to marriage, childbirth, home repairs and construction of houses of worship. There are severe criminal punishments for Rohingyas who  violate restrictions, including often years in jail and fines, according to Fortify Rights.

The report calls for the Myanmar government to abolish its discriminatory policies and accord Rohingya full rights under Burmese law, including the right to protection from violence. The international community should not sit by and watch the persecution of Rohingya ahead of next year’s critical election when the military generals are expected to cede power. All Burmese, regardless of ethnicity, should share in the government’s promised reforms. 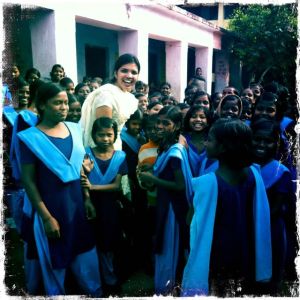 The following post was written by Uma Subramanian,  ADMCF’s India program manager, in response to the brutal gang rape and murder of a young woman in Delhi. Her blog can be read here: http://umasubramanian.wordpress.com

We Indian women have been groped, fondled, touched, pushed, teased, pinched and raped. Some of us raped literally and some raped through eyes, comments and gestures. Each one of us has faced this since puberty, some were unlucky to face it even before, some in their homes, some in schools and most of us on the streets.

Since my teenage years, my parents, like most parents in India, told me, “The outside world is bad, so be careful.” We were told to hold our bags to cover our breasts, we were not allowed to wear sleeveless shirts, or short skirts that might attract the attention of men, no fitted tops and no make up. The world around us was BAD, we were told.

And their fear was justified: In India a woman is raped every 4 seconds. Whenever we read about a rape case the implication was that the woman had been careless: She wore a tight skirt, she went out too late, she was with a man and therefore must be a prostitute. Never was the rapist blamed. This is part of our consciousness and learning since childhood and part of the reason the terrible problem persists.

Instead, we have taught our girls to protect themselves with martial arts, told them to carry chili powder to throw in the eyes of an attacker. We have covered them in multiple layers of clothes and taught them to use an umbrella for protection. Never have we thought to look at this issue from another perspective, we, each one of us, have blindly accepted that the world around us is BAD.

But our collective failure to speak out, to act against men who rape, has led once again to tragedy, this time in Delhi. There, in mid-December, a 23-year-old medical student was brutally raped on a chartered bus over many hours and then discarded  on the streets of the national capital. Six psychotic men raped her, beat her and threw her away thinking they could do so with impunity. Nothing protected her – her multiple layers of clothes, the lessons from her parents, the six police check points which she passed as she was being raped, or her male friend – everything failed this woman.

As terrible as this was, hundreds of women are raped in India every day, some in marriages, some on the streets, but this tragedy has finally sparked the consciousness of our nation of 1 billion. Finally, we speak in one voice – WE NEED TO RESPECT WOMEN IN INDIA. Delhi students and angry women have braved tear gas, water cannons and lathi to protest against the men who thought they could use the young woman for their pleasure, to demand their punishment.

But I wonder, would the sense of national tragedy, the reaction, be the same if the girl, were wearing a short dress when she was picked up by the bus joyriders, if her male companion were a boyfriend, or if they were returning from a nightclub?

I believe this case has grabbed national attention because the girl was SPOTLESS according to the huge moral brigade of India. She was a medical student, wearing Indian dress, it was 9:30 pm (not so late), she went to a movie with a friend and she was returning home. She ticked all the boxes of the ideal Indian woman.

But would the brutality have been any less if this girl were a model or a dancer, wearing a short skirt? We need to use this moment also to analyze our own prejudices when it comes to rape. Don’t we all have biases against women who are MODERN in India? We ignore women who are raped in villages. We turn a blind eye to the thousands of Dalit women who raped by upper caste men.

Although the young woman’s horror represents a terrible loss for her family and the nation, let us hope that her life is not wasted, that our national mourning has finally brought gender inequality and gender-based violence to the forefront. For the first time, there is conversation about teaching boys to respect women, to control their urges.  People are advocating for stringent and swift punishment for rapists. The blame is finally shifting from the victims to the offenders.

This incident has also given hope to the thousands of women who are still struggling for justice after being raped. The not-so-popular Women’s Movement in India has stepped forward.

Hopefully, the national introspection will help diminish the stigma around rape and reporting rape. Bollywood, the media and our repressive society have exaggerated the social stigma attached to reporting an attack and this also needs to change.

Time has come for us as a country to think deeply about the way we see girls and the way we treat them. We worship women as goddesses but label them as whores if they dress differently. We kill girls in the womb, preferring boys, and rape them once they are born.

We need collectively to work to change both the legal and cultural frameworks of this country simultaneously and justice needs to be delivered to victims in a timely manner.

Lets not forget that men are also victims of our socialization. Lets educate our younger generation about sex and sexuality; let’s not teach them what our parents taught us.

We must sensitize our police, politicians, judiciary and media. In our Bollywood films, lets stop portraying women as objects and glorifying men who tease women.

The 23-year-old young girl died of multiple organ failure, from the failure of her country and all of us to protect her. Each one of us is responsible for not speaking out.

The time has come for us to make this country a safe place for women.